Ideation and power of persistence 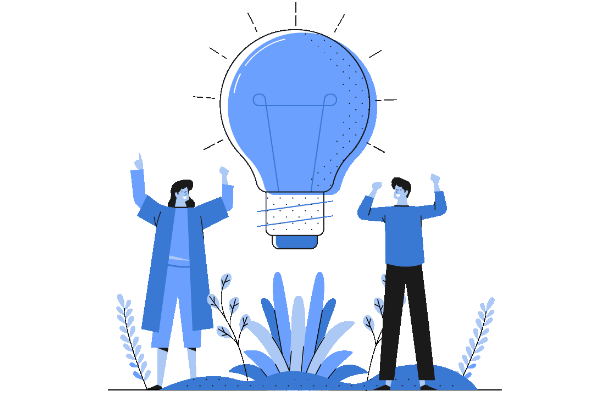 There is a common and often mistaken belief that we generate our best ideas early – this is actually squashing our creativity. Now, it’s time to shine the light on the value of persistence.
Creativity research across the social sciences seeks to identify factors that enhance and stifle creativity. Researchers Loran Nordgren and Brian Lucas found that one of the greatest barriers to creativity and ideation is our own beliefs and misunderstandings about our creativity over time. And by throwing some light on the topic – may start improving our creativity.
Loran Nordgren, a professor of management and organisations at the Kellogg School, and Kellogg PhD alumnus Brian Lucas, now of Cornell University, believe that by giving up too soon in problem-solving or brainstorming initiatives, we risk leaving our best ideas on the table. This is often a result of a false belief that we have our greatest ideas when we are freshest and earlier in the discussion rather than later. And apparently according to their research – we are wrong.

What’s more, they found, the illusion is self-defeating. The more people believe in it, the fewer creative ideas they generate. But with experience comes wisdom, Nordgren and Lucas learned: people who do lots of creative work do not fall victim as often to the myth of declining creativity.

“People think their best ideas are coming fast and early,” Nordgren says. In fact, “you’re either not seeing any drop-off in quality, or your ideas get better.”

Nordgren believes bringing attention to the problem can help people unlock new ways of thinking. “People don’t maximise their creative potential, and part of that is because of these beliefs,” he says.

Creativity Increases as You Brainstorm

Nordgren and Lucas began by recruiting a group of 165 online participants, all of whom had previously worked at charitable organisations, to complete a five-minute brainstorming task. Before they got started, participants were asked to predict their creativity during each minute of the task.

Next, participants set to work generating ideas for how a charity could increase donations. As motivation to keep the juices flowing, the researchers told participants they would be entered in a lottery to win $50 for each idea they came up with.

Then, Nordgren and Lucas recruited a new group of online participants to rate the creativity of the ideas the first set of participants had generated.

Participants in the brainstorming task gave faulty predictions about their own creativity, the researchers’ analysis revealed. While people thought they would become less creative as the session went on, the opposite was true: their creativity—as rated by the second group of participants—actually increased.

Nordgren and Lucas suspected people confuse creativity with the ease of generating ideas. For many of us, early ideas come quickly, while later ideas prove more elusive as the brainstorm slows to a brain drizzle. This experience of difficulty could easily be misinterpreted as a decrease in the quality of ideas.

“Our best ideas are there. They just require more digging.” — Loran Nordgren

As people engage in creative tasks within their professional and personal lives, they pick up creativity-relevant skills and strategies that help them to work
through creative problems and generate creative ideas. These include strategies for thinking more broadly, making unusual associations, and even the simple belief that one is a creative individual . In the research conducted those individuals who performed high levels of creative tasks on a regular basis were less likely to be susceptible to the “cliff illusion”.

The Neuroscience of  Creativity

Creativity is the generation of ideas that are novel and useful. Research finds that, when generating solutions to a creative problem, people typically do not generate their most creative ideas first. Instead, creative ideas tend to emerge over time, such as over the course of an ideation session or even over the course of a career. One reason for this time course is because of the cognitive processes that underlie idea
generation itself. New ideas are generated by integrating and recombining knowledge in working memory. When solving a new problem, the information that comes to mind first (i.e., is the most cognitively accessible) tends to draw on common and obvious cognitive associations (shortcuts), which tend to result in more common—and less creative—ideas. After working on the problem for a period of time, people begin to draw on less common associations and less obvious approaches and, ultimately, arrive at more creative ideas.